The last time I bought a laser bore sight for the pos Mosins, I burned up the itty bitty batteries playing with the cats.
Having misplaced said bore sight, I hit Amazon the other day to replace it seeing as the seismic recoil had rattled the scope mount loose.* Some Loctite is in order.

This time I bought a laser pointer. The Maine Coon mix,  Peavey, is still staked out in the bookshelf across the room watching for that little red dot that disappeared through the wiring hole and hid.
The laminate floor is not helping one bit. :)

*  Yes I know, I've sullied the purity of a historical WWII era rifle by putting a scout scope on it.
Snicker. Pbbttpptth! snort. sneeze. damn beer burns the nasal passages.  If these rifles cost more than $140, of course I wouldn't have done so. Cheap rifle, cheap ammo, big boom and a muzzle flash that sets the rough on fire and knocks everyone's target down from the shock wave.
Big fun.
Fore! 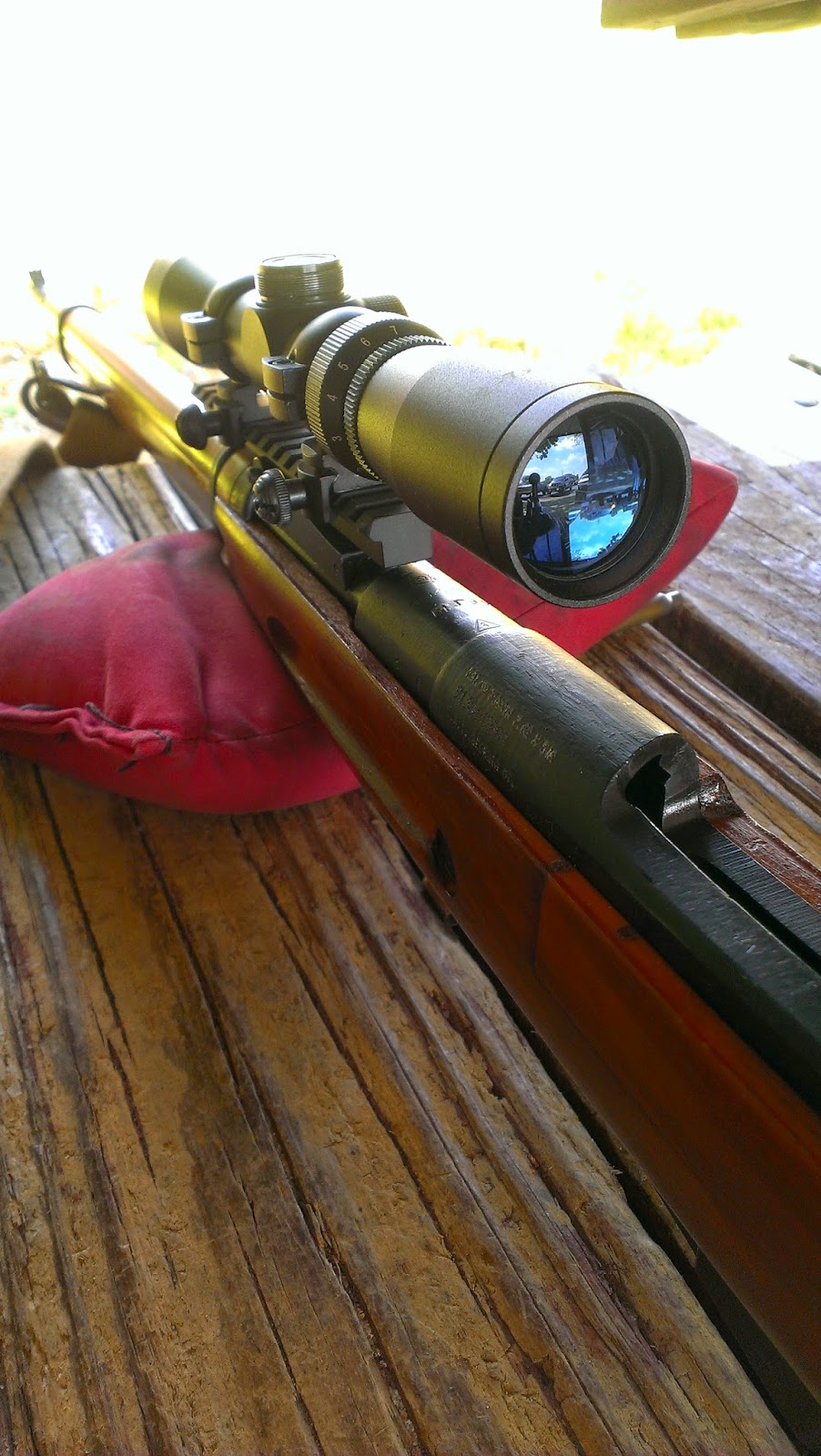