No concept cars at the show. Boooo!
The best part of the day, really, was hanging with my friend and mentor, Tom, and the one and only son.
The biggest wow factor was drooling over cars that cost $458K and pondering the fact that there are people that can afford to buy said cars for their irresponsible "adult" children to wreck.
Something like this: 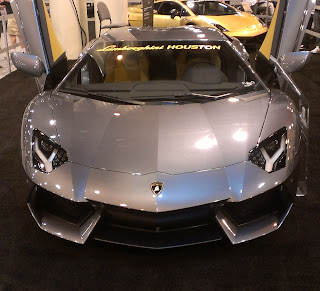 If I had the disposable income to do so, I would so drive that car.
One and only Son commented later that he so wanted to drive "that" car. Not in reference to the above stealth fighter, but rather the utilitarian classic below:  1957 BMW 600 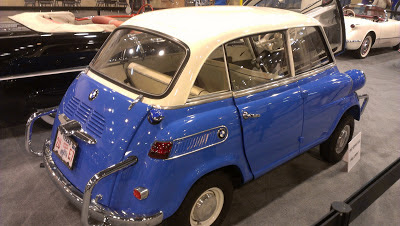 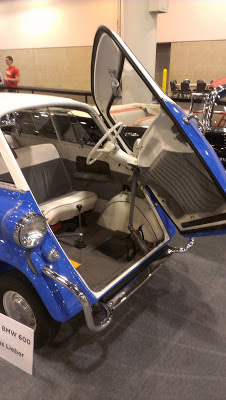 I'm pretty sure I could hurt myself trying to get in the driver's seat.


I have a real soft spot in my heart for bare bones basic transportation. I still mourn the loss of my '68 bug.
1600 cc's of raw power, four on the floor, no AC.
I think the thing that tickled my fancy the most were the very high end cars with satin paint.  You don't get this kind of finish from a rattle can of flat black Rustoleum, but that's where it started.
Totally "murdered out". 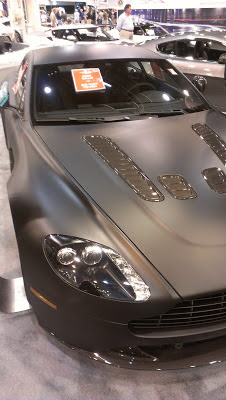