My road weary berf case* decided it had enough. It's seen a lot of miles and a lot of sunsets from the top side. 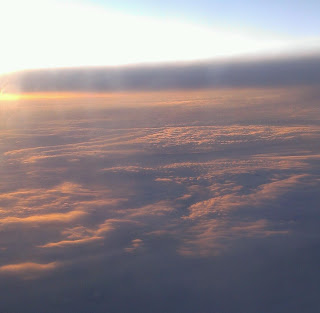 One morning, not too long ago I hit the latches to open it, and it threw in the towel.  Well actually it flung it's latch across the room.
Well s*&#t. **

The lovely Belle bought that case for me.  It carried me through some tough years of horrific projects.
I haven't had the heart to trash it just yet. It still has some crap in it that I "might" want.
My grand daughter Scooter took possession of the previous berf case. It only had one latch left that worked as well. I dare not throw that one away.  That child has a memory like a steal trap.
Perhaps she'll give berf case 2.0 a good home and the case my father bought me after college can finally rest in peace.

**  Some BAR major stockholder got wind of the new AP style book in which the words "illegal" and "alien" are not to be used in close proximity to one another, ever, again, mmmkay. The edict came down that I am no longer allowed to type the words "well fuck" unless the words "well fuck" are in quotes. [ example given, well fuck is inappropriate. "Well fuck", with attribution is acceptable.]