"Tomorrow, I need to get my cap and gown"
Music to my ears.
Two of the childrens in college right now.
Last Semester for both.

Neither will graduate with the burden of school loans. As Borepatch described it some time ago, "a mortgage they can't live in."

I count it as a personal success. Lord knows they have both worked there asses off.

Soon, real life begins for them.

Email ThisBlogThis!Share to TwitterShare to FacebookShare to Pinterest
Labels: Family, stuff that matters

"Top Shot" was the thing to watch on TV?
We did a few live blog posts here at BAR for some of the finals, and it was a lot of fun.
I just ran across it on the Cable guide.  Really?  That's still on TV?  My reaction is "meh".
Does anyone watch that anymore?
Posted by kx59 at 8:05 PM 5 comments:

Seems I've heard something similar before...

The perils of motorcycling

Ah, yes, it was a personal story imparted by The Big Guy, regarding a mishap behind a pig truck.
There is no "better" between the two stories. Only which sucks less.


I think I'll file this one under "Things that go Splat". 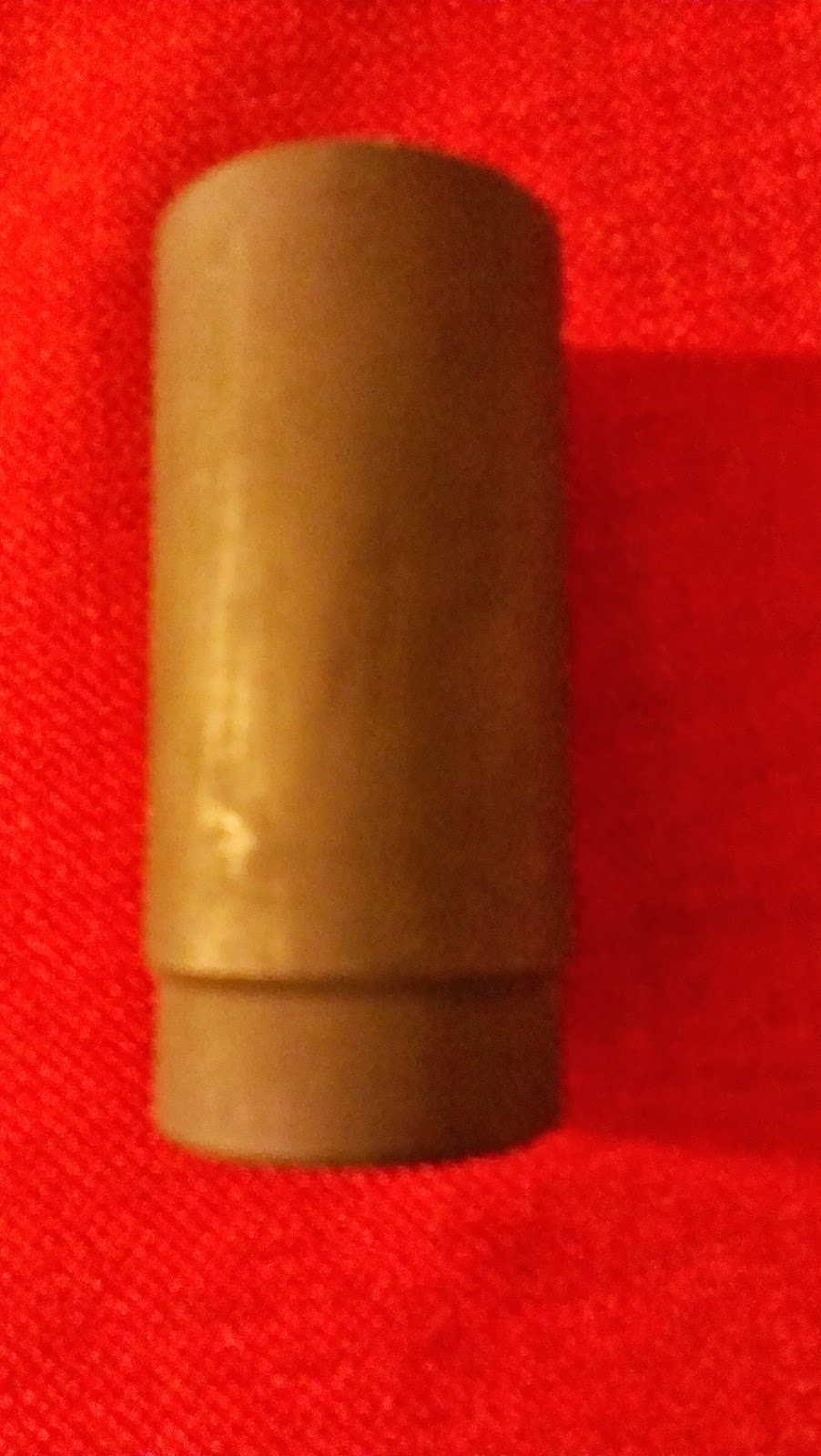 Apologies for the tease. I felt like making a liberal cry.
I'm an evil Artichoke and I aim to misbehave.
It's just a 30mm 12 point socket for an axle nut so I can install this. 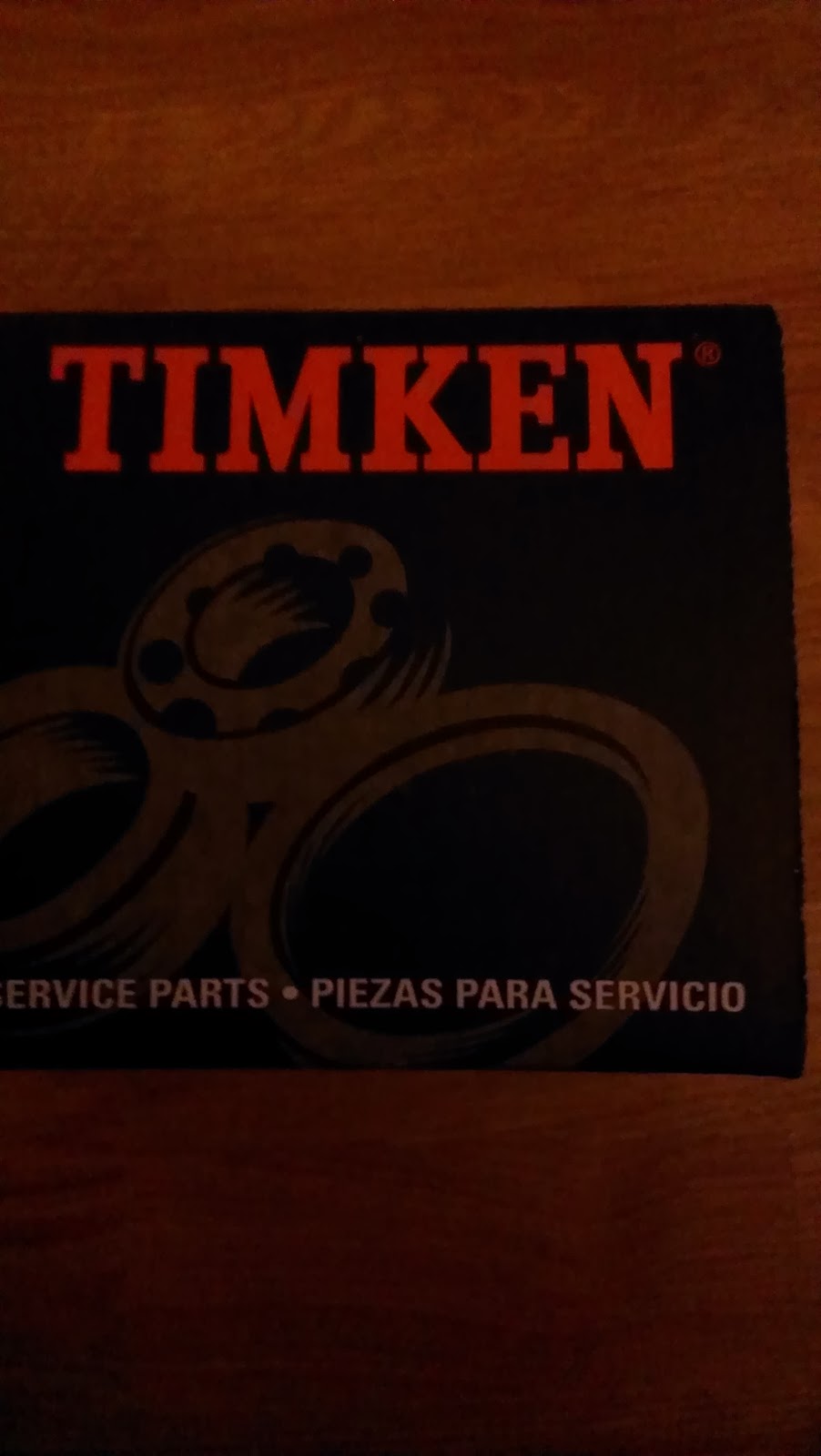 Email ThisBlogThis!Share to TwitterShare to FacebookShare to Pinterest
Labels: getting greasy

Ya know, when Elvis sang this song, it didn't sound quite this down and dirty

ZZ Top covers  (Let me be your) Teddy Bear, Live.
The home team from Houston can just shred the blues.
Bluesun has a great ZZ Top blues cover of a Fleetwood Mac song up at his place

Ah, I see what you did there

Companies Must Now Swear — to the IRS — That None of Their Layoffs Are Because of Obamacare.

Under penalty of perjury no less.
So, I can lay people off, but I can't tell them  that they are being laid off because the cost of health insurance due to Obamacare that will bankrupt the company lest I get prosecuted.
I can lay people off because of the cost of health insurance because of Obamacare, but I cannot state the reason in an email, or a blog, tweet, facebook post, nor mention it to anyone, anywhere, ever.

Hmmm, that's going to put the kibosh on the job loss statistics related to Obamacare isn't it?
Can't have all that negative press leading up to the mid-term elections. (as if, curse you Fox News)

The recent CBO report stating that 2.5 million jobs would be lost as a direct result of obummercare didn't sit to well with the overlords I guess. So, they made a new rule to reposition the federal jackboot on your neck.

There used to be something in the Constitution about this didn't there?

This was done not by elected representatives, but bureaucrats.
From whence do they get this power?

Think about this just for a moment or two.
If this doesn't alarm you, you are brain dead, or a liberal. Apologies, that was redundant.
Posted by kx59 at 8:25 PM 1 comment:

Email ThisBlogThis!Share to TwitterShare to FacebookShare to Pinterest
Labels: stuff that matters

In the Sochi half pipe suck.
Boarders are going down left and right.
Meh
Is Russia. Half pipe does trick on you.


Raising kids and putting two through college simultaneously, Belle and I have forgone Valentine's Day gifts for a long time.
We can see the light at the end of the tunnel, so I asked her what she wanted for Valentine's Day.

"A surround sound system for the TV...one that is bluetooth compatible so I can stream music through it from my smart phone while I'm doing housework".

Eat your heart out boys. She's spoken for.


And as a bonus I get to gift two people.   I bought it off Amazon via Blogbud Borepatch's shiny new Amazon Affiliates link so I think a few pennies went into his tip jar.

Can I find a new axle nut?
Still exorcising the remaining demons from the mishap with the fence post.
The wheel replaced, the two front tires replaced and the alignment done puts this at about $1K so far.
The bearings in the front right hub are making noise at highway speeds and even though the mechanic checked it out and gave it the thumbs up, I'm sure one or more of the roller bearings in the assembly got dinged.
Fortunately, rockauto.com has replacement parts for my car now.*  So instead of paying the dealer five or six hundred bucks, I can do it for about $150.
That is, if I can source a replacement axle nut. For whatever reason, rockauto does not have the freaking nut. If the nut was pinned, I'd use the original nut. Unfortunately the nut is staked.

So far google-fu is failing me.**

*This is a very good thing. Last year they had very few parts for the 2012 Scion tC.  There's a brake job due in the not too distant future. (it ain't the years, it's the mileage)

** Danger Will Robinson! I keep running across after market parts. In particular upgraded sway bars keep catching my eye
Posted by kx59 at 5:50 PM 3 comments:

Email ThisBlogThis!Share to TwitterShare to FacebookShare to Pinterest
Labels: getting greasy

For the Sochi Olympics.
Good lord is this awful. Particularly the part where they romanticize the revolution and the Soviet era. What a horrible thing to be proud of.
The murder and oppression of countless millions.
What's the word I'm searching for here...disgusted works.

The 'Lympics are on!

How I know is that Belle is watching pairs skating and critiquing at full volume.
There is no mute button on the remote for this.

Actually, I'm  kinda jazzed. I like watching the Winter Olympics quite a bit.
The dancey skatey stuff not so much.
I can relate to most of the rest of it.
I can ski...you there in the back stop snickering.
I took a full day class on snowboarding and after being felled like a tree for 8 hours, I have a real appreciation of how difficult a sport it is.*
I even like watching curling. I know, don't say it.  But, it has a lot of similarities and strategy to playing darts, cricket in particular.  Not that I could hit the double bull after five beers with a heavy emeffing curling stone, but there are similarities there I can relate to.


* I skateboarded as a kid. I surfed as a teenager - 7'-3" custom Jacobsen surf board purchased at "Jesus is Lord" surf shop in Surfside, TX from the proprietor "Bingo".  Topside prepped with "Sex Wax".
In retrospect, the name was a misnomer.  The traction and grab was excellent. I'm not sure that would be a positive thing while....uhm..I'll just leave it at that.
Where was I?  Oh yes.  Being at my favorite ski resort, Telluride, I traded in the board for a pair of skis at the end of the day.  I was spending several $K on the trip and I'd had enough of feeling like I'd been hung by my ankles like a meat pinata.

This ain't your dining room table.

How things get built is truly an amazing process. Imagine if you will, starting with nothing but air over your head and framing up all this stuff to create the same deck you are standing on, and not one square foot of it level.  I know. I designed it.  Hat tip to the contractors that are building it.
12th level of a double helix parking structure soon to be poured.*
Pan slab, for those that know what that means. 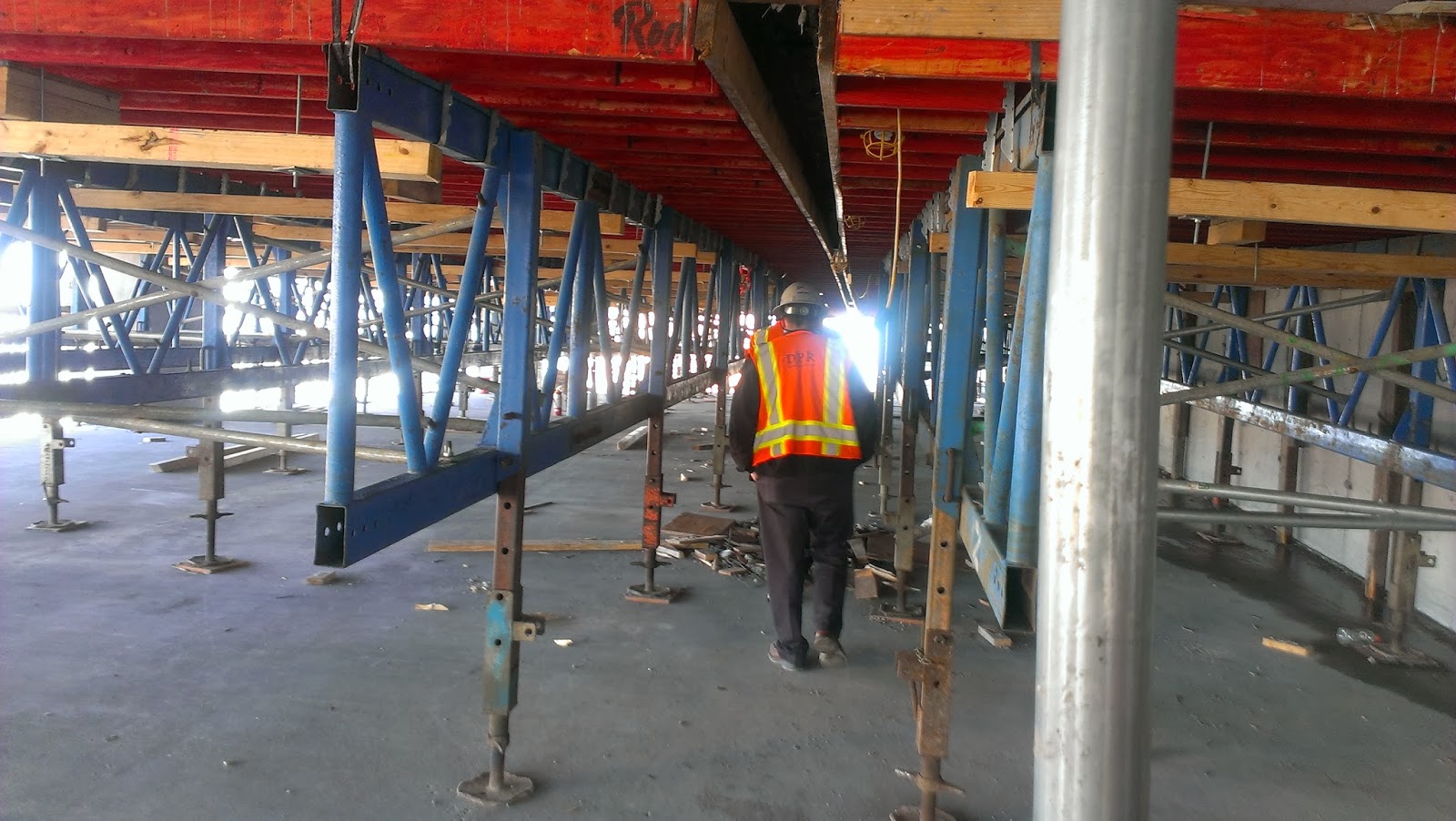 The "tables" are what you see in the pic. They support the fiberglass forms on the top side.

p.s. that is not me in the pick, I am much taller and more handsome from the backside. ;)


* A double helix parking structure consists of two continuous ramp systems intertwined. One 360 degree revolution on one ramp systems takes you up two levels. Where the two ramp systems coincide in elevation, a crossover is provided to access the other ramp system.  While  you may not be aware that you've parked in double helix garage, chances are you've lost your vehicle in one at some point in your long driving career.  It's my way of sticking it to the libtards. They have the shortest attention span and memory of all Homo sapiens. I am an evil Artichoke and I aim to misbehave.
Posted by kx59 at 8:46 PM 1 comment: