Woe be unto you

If you have the misfortune to be flying into Houston this evening.
That's not concrete you see in the street. That's water.
We've been a bit behind on rainfall as of late.
Catching up now. 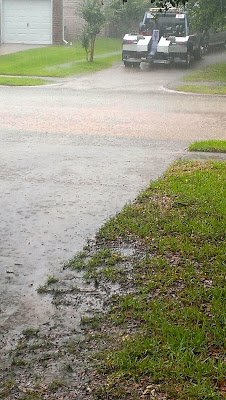 I have a company bowling tournament tomorrow night.  No! you can't not bowl! It wouldn't be the same with out you!
Oh, horseshit. K, big deal. My team has won the cheesy plastic trophy twice and I can drink the entire office under the table.  (did I say that out loud?)
BFD.

Belle: " Don't you like Joe Ely?"
kx59: " yeah, why?"
Belle googled up the Dosy Doe's schedule and Joe Ely is playing there tomorrow night.

IRS Scandal:
Scandal is the wrong word. This was no "scandal" this was criminal activity using the force of the State no less.
As email and documents continue to be wrenched from the claws of the Infernal Gubmint, the trail to the prime mover points ever higher.
Lois Lerner has been declared in Contempt of Congress. Good luck getting Eric Holder's Injustice department to prosecute. Unfortunately for Lois, Obamma's, and concomitantly, Eric Holder's terms run out before the statue of limitations.  Lois' options don't look all that great.  Not to get too melodramatic but it's going to boil down to winding up as the only person to die in a very suspect plane crash, or sing like a canary and pray that a non-federal witness protection program exists.

While it galls me, the wiser tack would be to give her immunity in return for the proverbial bean spilling.

Today we learn via a post and document dump from Judicial Watch, Senator Carl Levin's, (D) from Michigan, finger prints (and email)  are all over the IRS' illegal targeting of conservative groups seeking a tax exempt status.  (Way to go Michigan!)

Talk Radio Host, and actual Loiya, Mark Levin says Carl Levin should be dragged in front of a federal grand jury.  Yes, yes he should.  Will that happen?  No.

But this brings me to a thought followed by a question.

The various organizations with key words such as "Tea Party" and "Patriot" in their org names were scattered among several States.  I wonder if the esteemed Carl Levin, (D) Michigan could be dragged in front of a grand jury in each of those states?  A second question comes to mind. Could Carl Levin, (D) Michigan be sued personally in each of those states.
As a US Senator, he probably has some immunity for which he, or others of his ilk. voted into law, but I'd like to see that tested all the way to the Supreme Court frankly.
Seems rather discriminatory to me.
Posted by kx59 at 8:19 PM 1 comment:

Email ThisBlogThis!Share to TwitterShare to FacebookShare to Pinterest
Labels: Criminals, It's My Island, Politics

Is that really the time?

How long have I been home?
Really? I made it home that fast in drizzling rain?

This is either good....or bad.
Either I've mentally checked out of L'hotel Sanity or my giveashit factor has reached an all time low.*
I'm in uncharted territory. **

* For you government spooks reading everything on the intertubes, this is commonly known as a joke, or snark. Don't forget this footnote when you screen cap this post, please and thank you. Fuckers.
** Both my kids donned robes and walked across the graduation stage last Friday.
Now, what shall I do ?

Said I.
Looking at Nana, aka Belle, my oldest granddaughter asks, "should I?"
This was preceded by Scooter asking why Nana was putting salt in her milk.**
Belle is drinking...Gak!  buttermilk.
It's getting tougher to get one over on Scooter, having reached the wise old age of eight now.

via Wikipedia:
"This fermented dairy product known as cultured buttermilk is produced from cow's milk and has a characteristically sour taste caused by lactic acid bacteria. This variant is made using one of two species of bacteria—either Lactococcus lactisor Lactobacillus bulgaricus, which creates more tartness."

** apparently it does not taste bad enough.

Just to tease the Ogre  Big Guy.
It's not quite Goodson's Cafe chicken fried steak, but you can't get small venue Blues at Goodson's.
Ah well. Nick Moss, Tommy Castro and Barnstormer Ale compensated just fine.
Bonus round was Nick jamming with Tommy Castro at the end of his show. It was seamless. Man those guys are good. 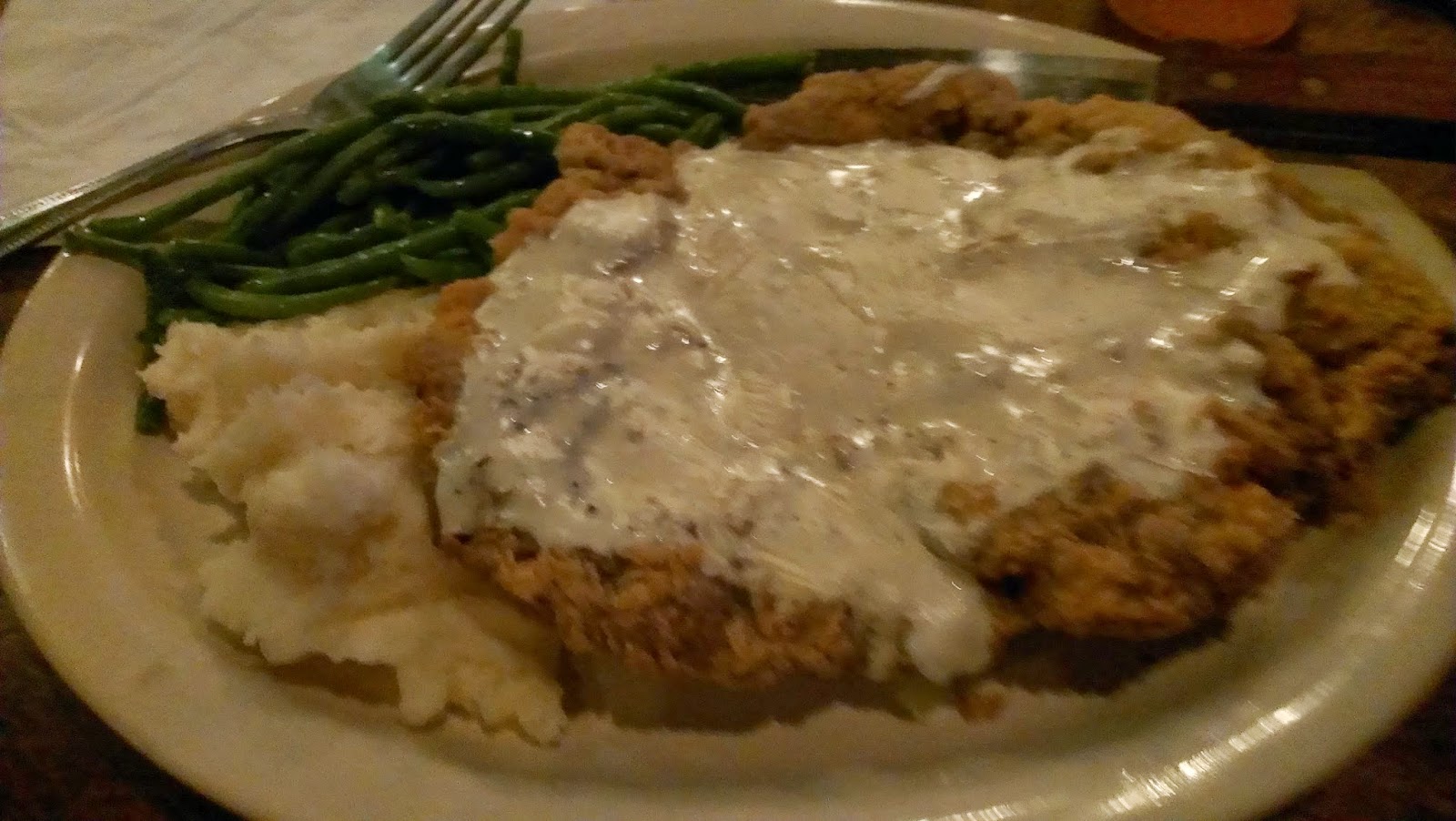 I'd post up video of Nick and Tommy IF I could find one that freaking works.  Youtube has gotten to be no fun. 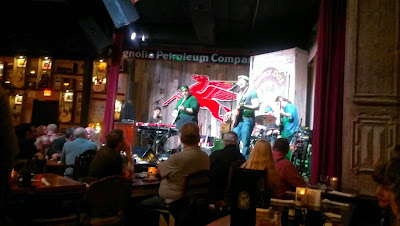