Funny how one little blog  post line will just ignite your brain.*

"I’m just wondering why the President of the country felt it was necessary to lie."
From my BlogBud up in South Oklahoma...aka Dallas...er Arlington...er Fortworth?
Also "Bob is not his real name"...as far as I know.   K, my best guess is "Bob" is a three letter agency spook or an insurance salesman.

This started as a comment, but when I hit the footnote...I just couldn't help myself, so blog post :)

Obama does not know what the truth is. The concept of "truth" does not fit into his mental makeup.
Obama was, and is, essentially a community organizer. He believes himself to be quite intelligent.
If you assess the people he was controlling while a community organizer, relatively speaking, he was a genius. They thought so anyway.
Obama thinks the whole of the American population is as stupid as the vunables* that have flocked to him over the past decade.  As the current occupier of the oval office, he has found "middle America" to be quite frustrating because we all know what a dipshit he is. A dangerous dipshit, but a dipshit nonetheless.


*  Vunables;  (noun)  from the Congress WOMAN! Sheila Jackson Lee dictionary. Synonyms; vulnerables..also not a real word.  She's a moron, but she's our moron. Yay!?  Houston, TX.
She was at the Intercontinental Airport today extolling the extra security measures, in light of the recent Paris massacre,  put in place by the people that resigned from McDonald's last week and now work for the TSA.**

**  Which by associative thought brings me to my theory of why McDonald's franchises are tanking and McD is crashing and burning.  The TSA is luring away all their "best" employees.
Posted by kx59 at 8:42 PM 3 comments:

In which I discover

Fanta Orange soda is quite a good mixer for Tito's Wodka.

Happy Thanksgiving to both of my remaining readers :)


* The beer blogging category, btw does not mean I've posted something beer snobbery. It means I've been drinking. No, don't ask, modesty forbids.
Posted by kx59 at 8:08 PM 6 comments:


How do we stop such an attack here?

give them a hug
unconditional love
jobs programs

Abridged version:
Rub some bacon in it?
Shoot them until they are dead.

Maybe I should close the barn door, seeing as the horses all left.

Michigan is overrun with with islamist cockroaches.

Recently, an islamist city council majority was voted into office in Michigan.

"We are going to to show those Polish!"*

How's that hope and change working out for you up there?

*Those are Americans.  While I disagree with their politics, I will not hesitate to kill your ass in their defense.
Posted by kx59 at 8:03 PM 3 comments:

The Canary in the Coal Mine

They've been under mooslim attack for decades.
France, being a gun free zone in its entirety just got their socialist  politically correct ass handed to them by Syrian refugees.

Israel has been warning and imploring the Western civilized world to wake up to this fact as long as they have been a free country.

The event in France should be a wake up call.

Just busy, busy, busy, busy.
Started traveling for work again.
In enemy territory at the moment...DC.
My frequent flyer status is so low, United just emailed a pdf of my card.

Time for an adult beverage.
A nice cold Shock Top. 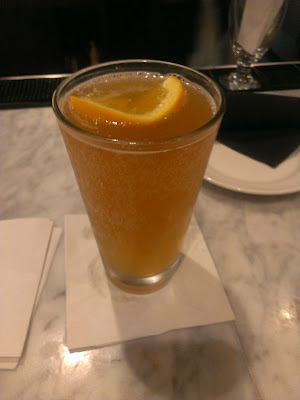