My theory about why linux exists

The dudes that write virus programs need something to program in that won't get infected with their own work.

Three is a pattern

Airplane crashes always seemed to come in threes.  Maybe it was just the way the media reported them back in the day, but within a week or two there'd be one, then another and then the third.

Three of my blog-buds have recently been through some rather serious physical trials and tribulations.

This stared with The Big Guy effing up his bike. Wait, that is slightly misstated. TBG had assistance from another retard driver.  Fortunately, Ogres are physically denser than dark matter with the exception of  the gonads, which when placed into contact with a gas tank at a high speed of deceleration tend to catch fire due to the high coefficient of friction. His bike suffered more damage than he did fortunately.

TRE aka The Redneck Engineer recently went under the knife and some star wars laser beam for a double cervical fusion.  He did not say how he came to need said bone fusing, but hopefully it was not because of riding some infernal two wheeled contraption. TRE reports he is recovering well.


And most recently, Borepatch laid down his ride and did some serious, serious hurt to himself.
Other drivers are very unpredictable, even at low speed and the ground is very hard.
If he is not home now, he will be shortly to continue the healing process.

You guys be more careful.* The blogosphere would not be the same without you.
You would be missed.
I would miss you.
I never had any clue about the personal connections I would make by writing on this blog, not one.
The intertubes are an amazing thing.

* I highly recommend 4 wheels and lots of sheet metal, or at least air bags.

Belle is trying to quit smoking again.  Good on her, but I'm concerned about my survival.
Nicotine withdrawal tends to make people a wee bit testy.
She's not going cold turkey though. She's got an electronic hooker, no, wait...electronic hookah for nicotine delivery that's she's using to ease down off the addiction. 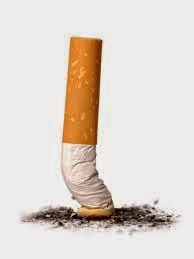 Wish her well. Say a prayer for me.

Well, not really. Just took the whole weekend off. First time in quite a while.
I feel...human again.

Friday, Belle and I went to the Alamo Drafthouse for dinner and a movie.  We saw Denzel's new flik, "The Equalizer".  If you like improbable movies where one good guy takes out many bad guys, you'll like this one just fine.  The pain of paying for movie tickets was mitigated by a few hoppy beverages and a bacon burger.

Saturday, the man child came over to borrow the driveway for an oil change and hung around pretty much all day.  That was rejuvenating in and of itself.  It's nice to have the brood off the BAR payroll, out on their own and independent, but I miss them terribly.

Sunday, the Musical Daughter and her S.O. spent the day with us. We went out to lunch and then paid a visit to our favorite indoor pistol range.  Daughter is very comfortable with handguns now.  Her Beau had not shot anything in a decade, so I gave him some remedial tutelage.  He did just fine.  No gun safety gaffs, loaded his own mags and 99% of his bullet holes were in the paper.


Did I say "Musical Daughter"?  All those years beating drums in school, I'd no idea she could sing.
That's her, the percussionist singing backup...harmony no less.

A recent poll showed that 75% of people believe they are above average intelligence.

Which kind of explains why this country is in the mess that it is.
Posted by kx59 at 7:18 PM 1 comment:

For a Wodka Tonic

My adult beverage had run dry and I was in the kitchen looking into my empty glass.
Belle, being always on point and aware, started handing me parts to assemble a reload, but they were coming out of sequence.

I politely explained the lime gets squeezed first.
Then the Wodka to ensure I don't get too much get a sufficient amount and to mix the lime sufficiently with the Wodka.
Then the tonic.
Then the ice...being the least important component.
If the tonic is chilled, the ice can be omitted under dire circumstances. I recommend a gas generator and under-counter fridge for the prepper minded.
If you have the KW on your generator, sparking up the freezer to deep chill the Wodka is a bonus but not completely necessary.

Oh, and as my last public service announcement today, wash your hands so you don't get et up with the Ebola.