We've had a zombie project that started back in '98.
The last time it "fell down" was right before Obamanoid's first election.
It has raised itself off the hot desert asphalt road in its quest for BRAINS again. 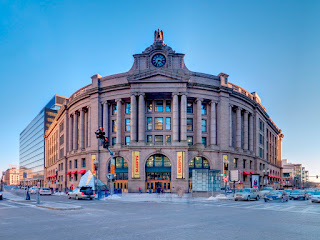 Between this blog and work, I've had the opportunity to meet several of my blog heroes that became blog buds.

I might be mistaken, but I think The Feral Irishman is up there in Taxechussettes somewhere.

*I wanted to be an auto mechanic. From what I gather, Pissed's shop is not involve with cars, but it has Machines!
I like turning wrenches and getting greasy.  My best day was working on my '68 VW Beetle. My arms were black from finger tips to arm pit.
Lava soap is your friend.  At 17, life was good.
My Mother was having none of that. So, I became an Architect.  Contractors are confused by me.
I know how to rebuild a transmission.  These days they take their truck to the stealorship for an oil change. I do my own.