I thought I'd found a blogger I missed blogrolling, in the comments at The Redneck Engineer's place.
Cormac
So I hit his blog handle link and get this: 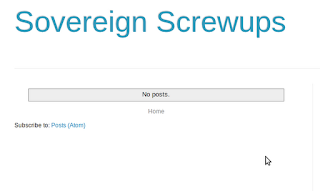 A man of few words. Which brought to mind a few lyrics from Tod Snyder's "Seattle Grunge Rock Blues".

"the kids went wild, the kids went nuts
rolling stone gave us a five-star review said we played with guts
we're scorin' chicks, takin' drugs
then we got asked to play mtv unplugged
you should have seen it
we went right out there and refused to do acoustical versions of the
electrical songs we had refused to record in the first place
then we smashed our shit"