OY what an effing day

Left early this morning for a bidness meeting in Austin.  Two routes from Cypress. 290 is the more direct but I hate that [expletive deleted] 'ing road. It's a bit out of my way, but I prefer heading south to I-10 and going up 71.  I cannot even explain to myself why I decided this morning to take 290. Best I can tell is, I got into the Scion Rollerskate this morning, placed all my crap in the appropriate crap holders and compartments and my Monkeybrain said, g'head take 290, it's more direct and..it will be..ok. (i'm pretty sure)
Twelve miles west of Hempstead, at O'dark thirty in the morning, traffic comes to a standstill. Full stop. No inching forward.  Short of a cow whispering the low down to you, there is no traffic map or traffic report out here. The gps on my phone frequently tells me it is checking for traffic. I can't help it, but I respond in one of two ways:  There is no "traffic", I'm 10 over the speed limit. (that's my story and I'm sticking to it.)  Or, yes there's traffic, speedometer shows zero mph.
The truckers started pulling off onto the right shoulder and taking a farm road. I know shinola about the farm roads out here and which dead end they might take me to.
There were two saving graces this morning. First, I'd like to extend a thanks to the lady in the SUV that was talking, texting, looking at a map on her smart phone, or whatever she was doing. After a few folks U turned about 5 car lengths opened up in front of her which enabled me to jump into the left lane and make a U turn at a crossover. When the other unfortunate travelers behind her saw this, horns began blaring.
HEY!  He got away!
The second saving grace is that the Scion Rollerskate has a 6 speed auto transmission.
I leave early enough to give myself an hour's grace time, to recover from a flat tire or such. Most often I end up sitting in the client's reception area for a bit, while the receptionist attempts to get the company guest wifi password for me.
I burned every bit of that hour's grace time, but made it to the meeting with 5 minutes to spare. Good thing. I run the meeting. Things might have devolved into talking about the Secret Service scandal, or god forbid, sports.
The path I took resembled a grand prix race track. I won't say exactly how fast I drove at times to make up lost time. After all,  Belle reads this blog from time to time.
Fortunately, John Law was nowhere to be seen.

I never did find out what had happened, but I was close enough to see a lot of flashing lights and witness a sheriff's deputy drive up the wrong side of a divided highway with oncoming traffic. Whatever it was, it was bad.


Hero of the day: (identity redacted) 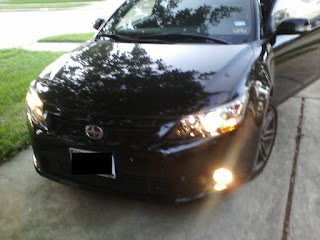