Well today was the golf tournament that hubby's company puts on every year.  It's my 14th time to play and hubby's 23rd time.  today, my team won first place.. plus I won a prize for the straightest drive.

For first place, there's a nice brass cup in which a name plate will be installed and my name will be etched into that beautiful cup forever. 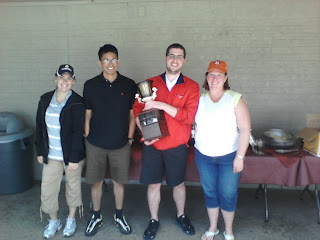 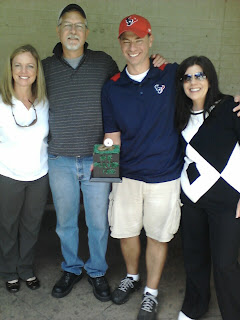 The best part is that since shit rolls down hill, hubby doesn't have to keep it on his desk.. he can pass it to his underlings and make them keep it on theirs.

Of course, while I do tend to play golf just a little better than he does....   he shoots better than me with my own pistol.

It was one heck of a day and I feel really good...........    especially since I've been drinking moderately since 8 this morning!