Out fished by a 5 year old!

Today we took Scooter fishing and she out fished all of us put together.

She caught her first little fish not even 5 minutes after she threw her line in the water.  It wasn't a keeper but she was thrilled.  Her next was was also too small.  Then she landed a keeper.  A nice trout, barely legal size.  He was fat so he produced a couple nice fillets.

She caught two more little ones after that.  I'm sure that Kx will be posting photos later on.

[Edit: pic posted, The "talent" refused to hold the fish for the photo shoot] 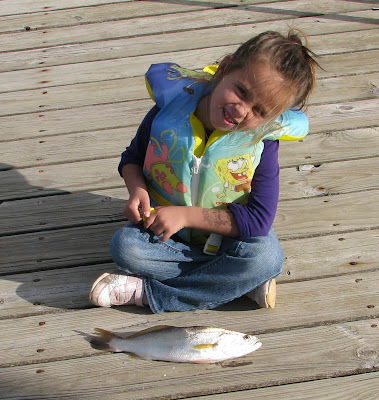 Posted by Southern Belle at 7:12 PM

Email ThisBlogThis!Share to TwitterShare to FacebookShare to Pinterest
Labels: Angling