Belle and I were both feeling rather maudlin this morning, watching all the 9/11 anniversary footage.
Feel better now.
Belle Loads: 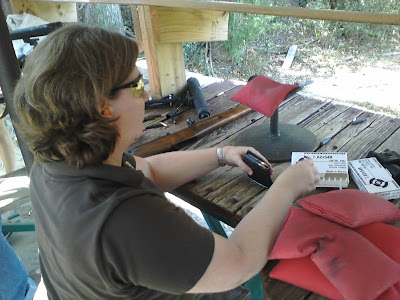 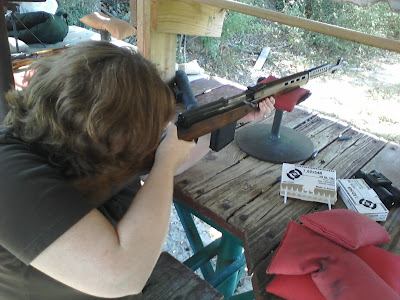 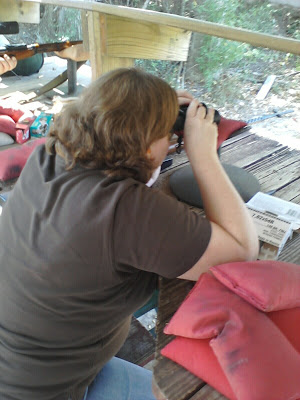 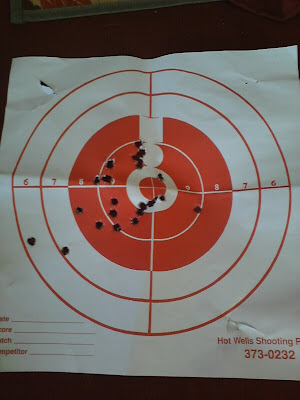 -need to get the sights worked on, the rifle sights low and to the left. Belle forgot to compensate on the first two rounds.  That was corrected in short order.  Mr. roundy orange target is dead.
kx59's Target:
Yes, I shot as well...don't snicker. I didn't forget to compensate for the off sights. 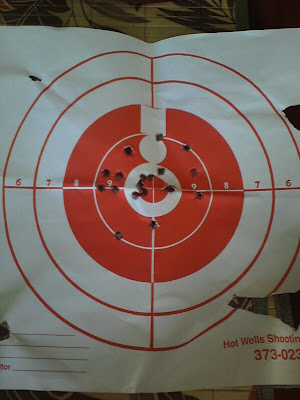 When we got to Hot Wells right at opening time today, the place was just packed. (go figure)
Belle asked 25 yards or 75 yards? Until we get the sights worked on, 75 was out of the question.
Kismet:
We carry the Tokorev in the soft case that formerly housed my goose gun. It was the only one long enough to fit. So, it was cloaked.  We were assigned to bench "B". Turns out, another Russian rifle was next to us.  It caught my eye immediately....brain says...hmmmm.
After a while, the curiosity between Belle and I and the group next to us peaked, and Belle broke the ice.
Really nice folks.
A beautiful Mosin-Nagant that had just been purchased a week or so ago for $120. 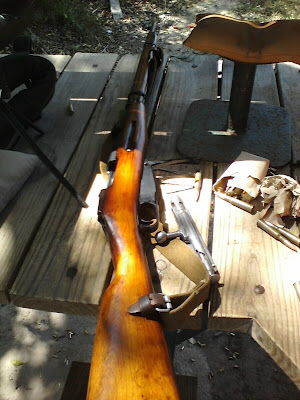 It was the first rifle the guy next to us had ever owned. He'd spent most of his life shooting shotguns. Sounds like someone else I know (kx59).
He had three other 20/30 somethings there with him shooting. They made me a little nervous in that they struggled with the bolt action on the rifle. They were not intimidated though, and the two young ladies shooting would sit down and rotate their right shoulders to shake off the effects of the recoil before seating the stock.  They were still shooting when we left.
Posted by kx59 at 4:49 PM